We all love a good news story, even more so when it involves a cat!

This month, an orange tabby in Florida was amazingly reunited with his owner after missing for 14 years.

Owner Perry Martin was sure he'd lost his fur baby "Thomas Junior" in 2004 during the deadly hurricanes in Fort Pierce where the duo lived. But thanks to the microchip embedded under the cat's skin, Perry was able to be tracked down and an emotional reunion followed.

“They said, ‘Perry, what would you do if we told you that Thomas was alive?’ I said, ‘I would probably tell you, you were crazy because he died a long, long time ago,’” Martin told WPTV.

Thomas definitely used up 1 of his 9 lives during the hurricane but his owner was sure he'd used up all 9.

“My vet even listed him as deceased,” he said. 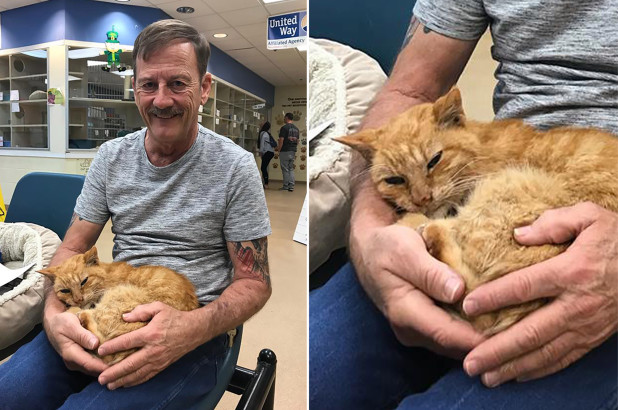