What's the worst thing your cat has done?

Cats make an amazing pet, bringing immense joy and companionship to their owners over their lifetime. But they also have a naughty side, occasionally wreaking havoc that would make any dog blush! Here are some real stories from owners of the worst thing their cat has ever done.

My cat sleeps on my Xbox sometimes to stay warm. While I'm in the middle of playing an online game or watching something very interesting, he will look at me with his eyes slanted as if he were disgusted that I am not paying attention to him. He will then move his paw very slowly towards the power button, and just before I can say something to scare him off, he will tap the power button with his little paw pad. Then he'll turn his head the other direction and go back to sleep. 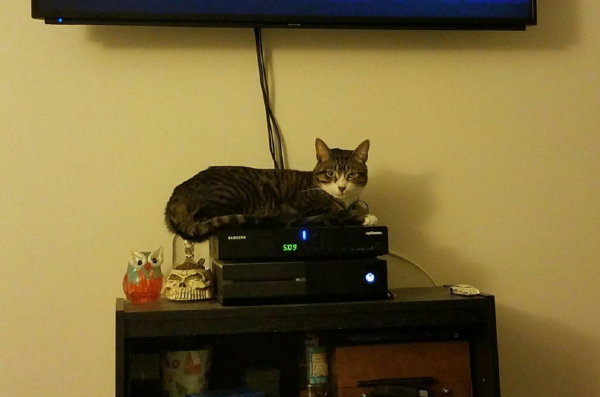 Olaf is my big-eared bundle of mischief. He's generally a sweetheart, but he's also a prince. He'll do whatever he damn well pleases, regardless of how you feel about it.

He has no concern for anyone’s personal space or items. For example, anyone who pours themselves a glass of water in my apartment needs to be vigilant about keeping an eye it, otherwise the little prince will mess with it.

To clarify, he won’t drink from your cup, oh no. He’ll dip his little feet into the cup of water so that he can clean his paws. This is especially true if he has just used the litter box and there are crumbs of walnut litter stuck between his toes.

Don’t ever turn your back, or your glass of water will be ruined. As evil as he can be, it’s very hard to stay mad at someone with a face this cute. 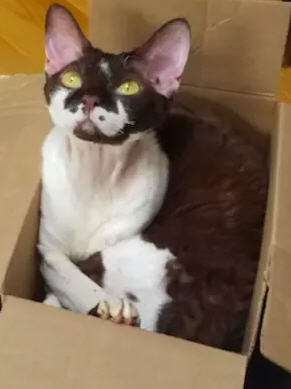 Have you tried turning it off and on again?

My cat popcorn has one job, and one job only. To kill the scripts running on my computer. When I'm busy working he will jump onto my desk, then type random stuff on the keyboard (think Donald Trump but without the authority).

Usually his paws are so random that it crashes the computer program running on the screen. And even when he can see my frustration and anger, all he can do is answer with a simple "Meow Meow". 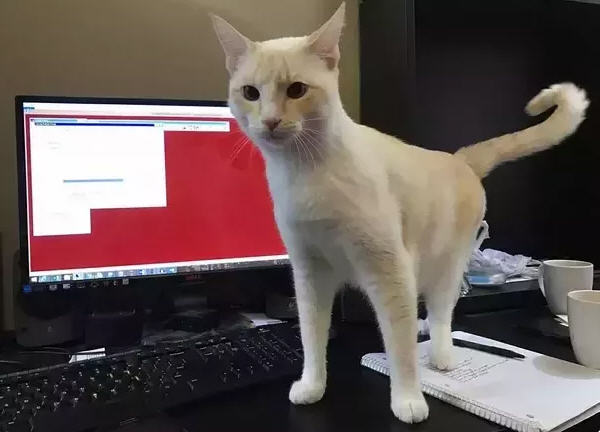 My cat ate my experiment

My plants had trouble flowering. I brought some back from my lab to my room, thinking that the perpetual darkness and gloom of my abode could somehow induce the formation of inflorescence in my orchid plants. I placed the plant in a dark bookshelf.

Onocat was very curious about the plant the moment her eyes fell upon it. She sniffed the plant for a good hour, under my watchful eyes.

Thinking that the plant is safe in my room, I settled on my bed and started taking out some notes to study.

As I read, I heard some gentle and crisp chewing sounds, but it took me a full minute to realise that no one was eating vegetables in my room, unless...

She turned from the bookshelf, looking directly into my eyes with a satisfied look on her face and smacking her lips with pleasure. Two leaves of the orchid plant were missing, and another was dotted with puncture marks upon its breadth.

I shot off from the bed and saved my plant, placing it on the highest level of the bookshelf. That turned out to be quite a mistake.

When I woke up the next morning, the entire pot was sitting on its side, with a good portion of the soil all over my study table. More leaves were missing.

Onocat was sitting by the window, watching the birds bathe and frolick around in the drainpipe, completely oblivious to the fact that she had destroyed a very, VERY important experiment. 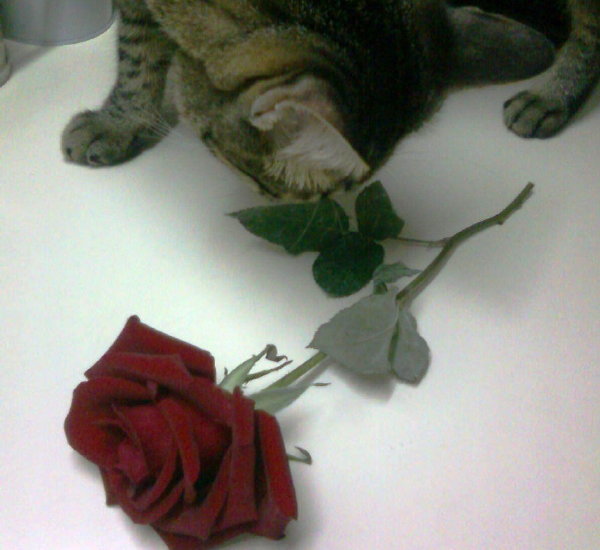 Charlotte. This sassy beast. She was what I'd call an advanced cat to own, in that a beginner cat owner might have run screaming into the night away from her. Antisocial, snarky, and ready to scratch if you put a toe out of line, she wasn't exactly cuddly. But she did like me, and she did like to sleep next to me most nights. We had what you might call an understanding.

I woke up one night to the sensation of gentle tugging on my head. “Charlotte,” I groaned groggily, swatting vaguely in her direction. She meowed, then sauntered down to curl up next to my hip. I drifted back to sleep, thinking nothing of it.

Until fifteen minutes later, when I heard the noise all cat owners fear - wharf, wharf, wharf. I could feel Charlotte retching on the bed and hurriedly shoved her off to the floor, then clicked on the lamp to see how big a mess I’d have to clean up in the morning. The photo shows an iPod for scale, and the hairball in question...

I slept with my hair up for a week solid after that! 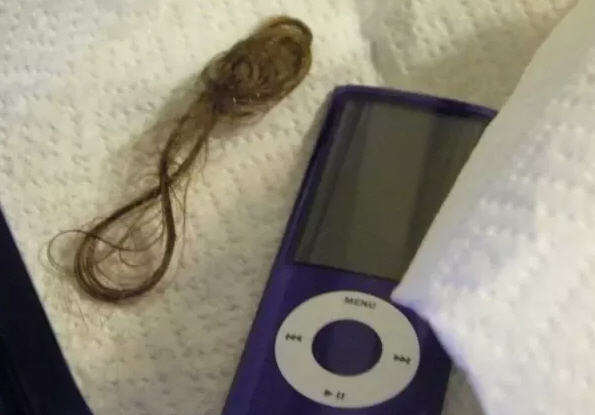 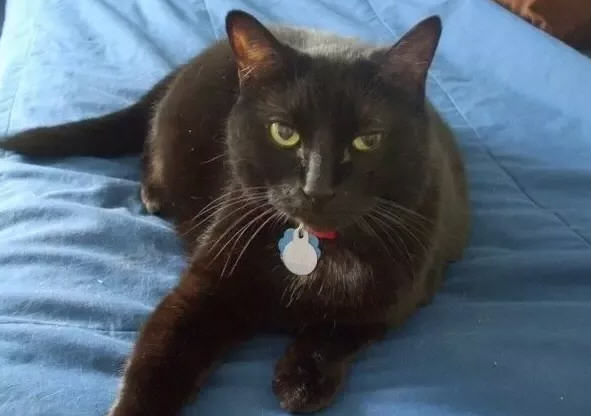 If you'd like to share a story about your cat, email us at This email address is being protected from spambots. You need JavaScript enabled to view it. along with a photo of the furry feline, and we might feature it on our website!