We're all guilty of watching a cat video at some time or another. In fact a whopping 45 million people have watched Fatso the cat showing off his musical talents on the keyboard! And many people spend more time viewing cat videos than watching regular tv! So why are clips of our furry felines so popular?

Jessica Myrick of Indiana University surveyed nearly 7000 internet users for her research paper "Emotion regulation, procrastination, and watching cat videos online: Who watches Internet cats, why, and to what effect?"

She found that watching these videos impacts our behaviour, and can provide significant emotional benefits.

"What I found was that people reported feeling happier, even more hopeful and more energetic, after watching a cat video than before," said Myrick. 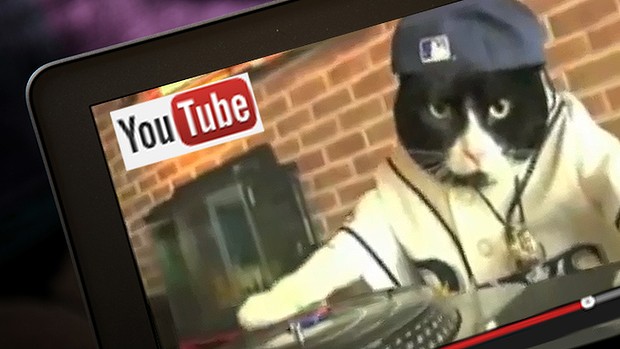 Most participants in Myrick's study not only love to watch cat videos but frequently like, share and comment on them. "I think that watching cat videos actually isn't just about cats. It’s a really easy way for us to connect with other people," she said.

Tonight, the 4th Internet Cat Video Festival is being held at the Texas Theatre in Dallas. It will feature a selection of 100 videos curated by Will Braden, recipient of the festival's first Golden Kitty Award.

These finalists (as voted by the public) will go for gold in the categories of Comedy, Drama, Animated, Musical, Action, Vintage, and Documentary. A portion of the proceeds will go to Operation Kindness No-Kill Animal Shelter.

Obviously being stuck in Melbourne means none of us will be able to watch. So here's a compilation of some of our favourite kitty clips to put you in a good mood!